Diplomacy has been vital to the United States from its birth.  Even before our independence, the Thirteen Colonies sent a leading citizen – Benjamin Franklin ­–  abroad, first to argue the colonists’ cause in London before the outbreak of hostilities, and then to secure assistance from France for the independence struggle.  Franklin, thus, became the United States’ first overseas envoy – the pioneer of a long tradition of sending distinguished Americans abroad to represent their country.

American diplomacy enjoys a distinguished pedigree and legacy, and the country’s Founding Fathers recognized the central importance of the conduct of foreign policy and diplomacy to the new nation. Under the Articles of Confederation and, then, the Constitution, many Founding Fathers served as citizen diplomats in key roles abroad.

Gouveneur Morris, a co-author of the Constitution, served as Minister to France. So did Robert Livingston, who served with Thomas Jefferson on the drafting committee for the Declaration of Independence and was the longtime Chancellor of New York.

The tradition of sending prominent Americans abroad for diplomatic assignments continued up until the present day. In the wake of the Civil War, prominent Generals were posted abroad in major diplomatic assignments. Major General Daniel Sickles, Medal of Honor winner at Gettysburg, was appointed Minister to Spain (after having earlier completed a confidential diplomatic mission to Colombia toward the War’s end); Major General William Rosecrans was sent as Minister to Mexico by President Andrew Johnson; and former Confederate General James Longstreet was sent by President Rutherford Hayes as envoy to Turkey.

The following profiles – selections from a rotating gallery of non-career Ambassadors, past and present -- illustrate the dynamic and varied range of knowledge, experience and acumen that these distinguished Americans have brought to their tours of public service. 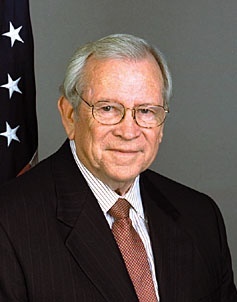 “In every post he has held, Howard Baker has brought uncommon intelligence and an uncanny ability to calm the ship of state, even in days of crisis.”

During his tenure as U.S. Ambassador to Japan, Howard Baker strove to rekindle a close U.S.-Japan relationship following economic and political difficulties in the wake of the September 11 attacks. He worked closely with Japanese policymakers to achieve Japanese support for the U.S.-led anti-terrorism operations in Iraq. Ambassador Baker had to respond to growing concerns about North Korea’s potential to develop nuclear weapons, an issue not only affecting Japan but also many countries in the Asia-Pacific region. In addition, he underscored U.S. commitment to the region by promoting the creation of the global tsunami warning system to mitigate damage from natural disaster. Throughout his tour of duty, Ambassador Baker forged effective relationships with many Japanese officials to strengthen the vital U.S.-Japan bilateral relationship. 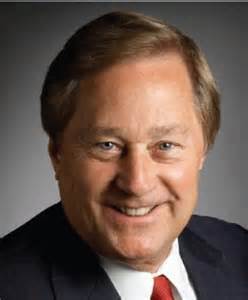 "When I nominated Jim Blanchard for this post, it was a sign to me, and I hope to the Canadians as well, of the immense importance I place on our relationships with Canada. For that relationship is unquestionably one of the most important in the world to us."

After two highly successful terms as Governor of Michigan, during which he navigated through extremely difficult economic times for his state, James J. Blanchard was nominated and confirmed in 1993 as the U.S. Ambassador to Canada. During his posting in Ottawa, Ambassador Blanchard provided critical assistance for key legislation such as NAFTA and the Open Skies Agreement, which greatly increased the trade and security ties between the two nations. Following his ambassadorship, he returned to Washington to re-enter the legal world where his career began. Ambassador Blanchard has remained active in both Michigan and U.S.-Canadian affairs. 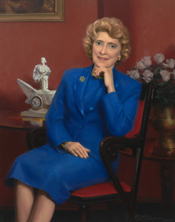 "Whether representing her Louisiana neighbors in the House or her country as Ambassador to the Vatican, she was as graceful as she was effective."

President of the United States of America and U.S. Secretary of State (July 27, 2013)

Following a distinguished career in the U.S. House of Representatives fighting for women’s and children’s rights, Corinne Boggs was appointed as Ambassador to the Holy See by President Bill Clinton in 1997. While at post, she worked with Vatican officials on a variety of matters both international and domestic in nature, such as the world response to the ongoing crisis in the former Yugoslavia as well as issues involving Catholic clergy and schools in the United States. After completing her ambassadorial tour of duty, Ambassador Boggs returned to Louisiana and remained involved in public projects benefiting her local community. 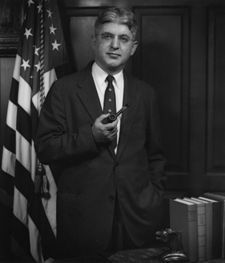 “He has served German-American relations in an outstanding manner and on a broad basis, reaching from our common security to our economic partnership and in particular our strong attachment to freedom and democracy.”

Arthur Burns was appointed by President Ronald Reagan to serve as the U.S. Ambassador to the Federal Republic of Germany from 1981 to 1985. An eminent economist who served as Counsellor to President Richard Nixon and Chairman of the Federal Reserve for most of the 1970s, Ambassador Burns leveraged his considerable financial and business acumen and high-level U.S. government experience to achieve success as Chief of Mission.

According to the Encyclopedia of World Biography (2004), Arthur Burns “took the [Bonn] post during a time of strong anti-American sentiment in Europe, because of U.S. deployment of cruise and Pershing missiles. [President] Reagan proved wise in his decision to appoint Burns, who was well-respected throughout Europe for his past performance in economic matters. [Ambassador Burns] was able to quell European concerns, arriving at an agreement with the West German foreign minister that significantly eased tensions within NATO.”

“With Angie, there was never a misstep. Being the great gentleman that he was, Angie followed the dictates of common sense, good judgment, and good manners.”

United States Senator from the State of Rhode Island (May 4, 1995)

Angier Biddle Duke’s career in the Foreign Service spanned nearly three decades and multiple presidential administrations. After serving in two embassies, President Truman appointed Ambassador Duke to his own post in El Salvador in 1952, making him then the youngest American ever to achieve that rank at age 36. Praised for his work in Central America, Ambassador Duke was invited to serve as Chief of Protocol in President Kennedy’s administration, becoming the first to hold that title with the rank of Ambassador, a tradition that continues today. His tactful organizing of the visits of foreign dignitaries to President Kennedy’s funeral earned him high regard, and he served in two more ambassadorial posts before retiring in 1981. He then remained engaged on issues of both foreign and domestic import, and played an active role at his hometown Long Island University. 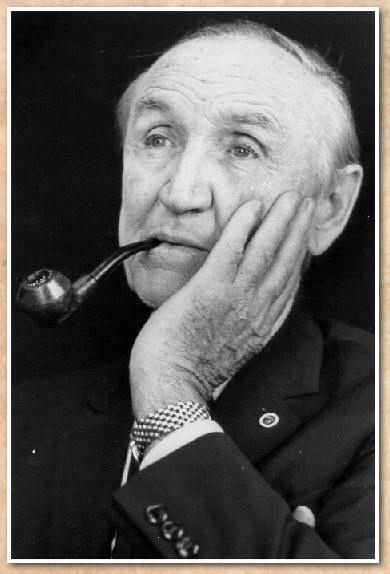 “For more than a decade, Ambassador Mansfield and his beloved wife Maureen were dedicated to strengthening Japan-U.S. relations through trust and friendship....Thanks to their efforts and dedication, Japan and the United States enjoy excellent bilateral relations.”

Ambassador Mansfield brought to his diplomatic assignment extensive experience—as well as a vast network of leading decision makers and policy practitioners—gained from 34 years in the Congress. This singular background coupled with Japan’s traditional respect for senior statesmen was the perfect combination for Ambassador Mansfield’s highly successful Far East posting.

According to his biographer, Don Oberdorfer, Michael Mansfield was “a participant in many of the historic moments of U.S. relations with Asia….These ranged from his days as a U.S. Marine in an expeditionary force in China in 1922, to a mission to China for President Franklin D. Roosevelt in 1944, to his personal advice to Presidents Kennedy, Johnson and Nixon in the 1960s and 1970s opposing deepening U.S. military involvement in the Vietnam war. [Senator] Mansfield was among the few congressional leaders present on three occasions when Johnson met his inner war cabinet at crucial moments of escalation. Each time he was the only person in the room who forcefully and vocally opposed the steps the President planned to take.”

Michael Mansfield’s diplomatic assignment was the culmination of a long and distinguished career that covered not only international affairs but also military service as well as elected office. He lied about his age to join the Navy and fight in World War I. Subsequently, he served in the Army and the U.S. Marine Corps. Michael Mansfield was first elected to Congress as a Representative from the State of Montana and took office on January 3, 1943. He served a total of 34 years in Congress (24 of those years in the Senate). The Senate Democratic Whip from 1957-1961, Michael Mansfield was elected Democratic leader on January 3, 1961, and served until January 3, 1977, making him the longest-serving Majority leader in Senate history.

[1] Andrew Jackson was nominated in 1823 to be Envoy Extraordinary and Minister Plenipotentiary to Mexico, but declined.