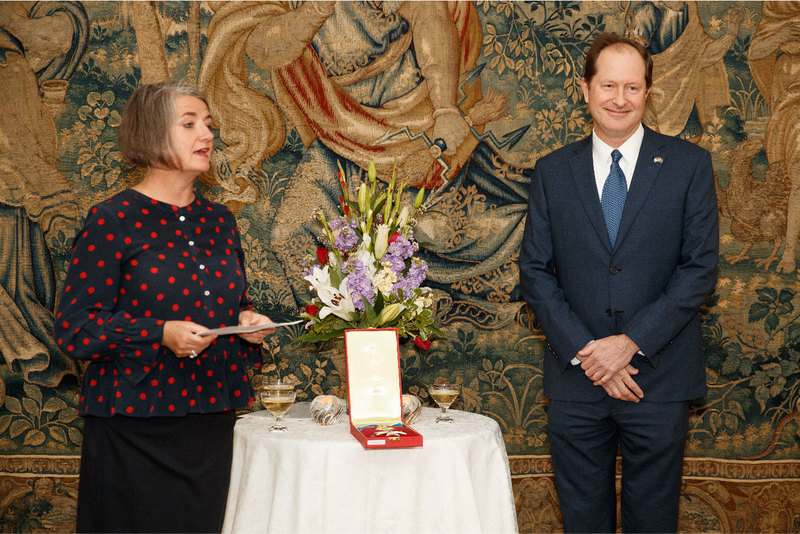 The Council of American Ambassadors wishes to congratulate Ambassador Mark F. Brzezinski for being awarded Sweden’s Royal Order of the Polar Star given for his extraordinary service as U.S. Ambassador to the Kingdom of Sweden from 2011 to 2015. The award is Sweden’s highest civilian honor bestowed by the King of Sweden. Ambassador Brzezinski’s achievements were recognized at the award ceremony last week including:

Attendees at Ambassador Brzezinski’s ceremony include former Chief of Staff to President Obama Denis McDonough, his sister Mika Brzezinski and Joe Scarborough of MSNBC Morning Joe, former Swedish Ambassadors to the United States and his family.