The Wealth of a Nation: A History of Trade Politics in America 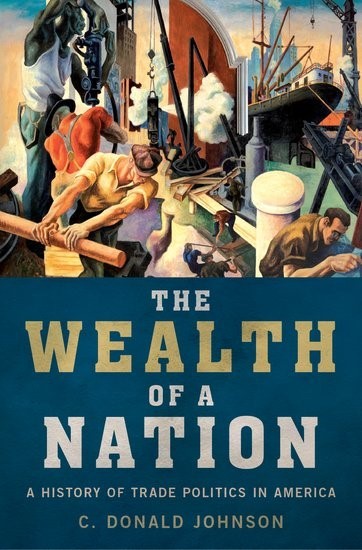 The Wealth of a Nation: A History of Trade Politics in America, authored by Ambassador C. Donald Johnson, is an authoritative history of the politics of trade in America from the Revolution to the Trump era. This analysis of the evolution of American trade policy stresses the critical importance of the multilateral trading system's survival and defines the central political struggle between business and labor in measuring the wealth of a nation. Ambassador Johnson draws on his experience as a former member of the U.S. Congress, where he focused on national security and international economic policy, including NAFTA and the WTO implementing legislation. He was also an Ambassador in the Office of the United States Trade Representative, where he served as the Chief Textile Negotiator during the negotiation of the U.S.-China WTO Accession Agreement. Ambassador Johnson is Director Emeritus of the Dean Rusk International Law Center at the University of Georgia Law School, and he has taught international trade law in China and Geneva. For more information, including details on a book launch reception to be held on Monday, May 14th in Washington, D.C., please visit: www.cdonaldjohnson.com