The Council of American Ambassadors held its Fall Conference in Austin, Texas, on October 10-12, 2010. Over 55 ambassadors and guests participated in what many said was the best Council conference ever held.

The three-day program opened with a Board of Directors meeting on the afternoon of Sunday, October 10, in the Stone's Crossing Room at the Four Seasons Hotel - Austin. Among the issues taken up by the Board were: the Council's membership dues structure and the CY2011 operating budget, a collaborative project with the U.S. Institute of Peace and the proposed plans for 2011, including possible missions to Scandinavia and Cuba and spring and fall conferences in Washington, DC on May 2-3 and in Los Angeles on October 13-14 respectively.

Following the Directors meeting, all conference attendees boarded executive minibuses for the trip to the LBJ Library and Museum. Following a VIP tour of the museum, Council members enjoyed a reception in the Presidential Suite, which featured a breathtaking view of Austin at night, and a dinner in the Brown Room. Mr. Mark Updegrove, Director of the LBJ Library and Museum, made brief remarks during dinner. As a special remembrance of the visit, each Council member received an inscribed copy of Harry Middleton's book, "LBJ: The White House Years."

On Monday, October 11, Council members and guests convened at the Harry Ransom Center on the campus of the University of Texas at Austin. Conceived as a "Bibliotheque Nationale" for the state of Texas, the Ransom Center is an internationally renowned humanities research library and museum. Its extensive holdings, which include the Gutenberg Bible, the First Photograph and the Watergate Papers, the manuscripts of Edgar Allen Poe and Norman Mailer, the art of Frida Kahlo and the films of Robert DeNiro, "provide a unique record of the creative process of writers and artists, deepening our understanding of literature, photography, film, art and the performing arts."

As a special treat, Ambassadors Lloyd N. Hand and James R. Jones, who served as President Johnson's Chief of Protocol and Chief of Staff respectively, shared their memories of LBJ, as a family man, Senator, Majority Leader, Vice President and President. Many Council members said that Ambassador Handýs and Ambassador Jones' personal stories about our nation's 36th President, his administration and family were the highlights of the program.

The October 10 program also featured a Council of American Ambassadors Business Meeting, which provided a forum for Council member feedback and input on programming. Ambassador Lloyd Hand reported on the Ambassadors Roundtable, the program initiated this year following a suggestion by him and fellow Council member, Ambassador Gilbert Robinson. Ambassador James C. Rosapepe discussed his proposal to create an "Ambassadors Blog," a page on the Council's Web site where the views of Council members on current foreign affairs issues would be posted.

Capping the day's activities was a dinner at the Bob Bullock Texas State History Museum. Upon arrival at the museum, Council members and guests attended a screening of the interactive film, "The Star of Destiny," which takes audiences on an epic journey through the history of Texas. Afterwards, members and guests visited the exhibits and then enjoyed a reception and dinner on the museum's second floor. During the dinner, Council member Ambassador Lyndon L. Olson, Jr., offered his reflections on Robert D. "Bob" Bullock (1929-1999), adding a personal dimension to the man for whom the museum is named. Bob Bullock, a Democratic politician, served as the Lieutenant Governor of Texas from 1991-1999.

The final day of the Council's fall conference in Texas featured a trip to the LBJ Boyhood Home and the LBJ Ranch. While at the Ranch, participants visited the LBJ birthplace, the schoolhouse where four-year-old LBJ was a student, and the LBJ Ranch House.

The focal piece of the LBJ Ranch is the Ranch House, the home of President Johnson and Mrs. Lady Bird Johnson and a center of political activity for more than 20 years. Leaders from around the world visited the Johnsons at the Ranch House, and during his administration, it became known as the Texas White House. Mrs. Johnson, an advocate for conserving natural resources and beautifying the nation's cities and highways, lived at the Ranch for three decades after President Johnson's death. Mrs. Johnson, who died in 2007, is buried next to her husband in the family cemetery located on the Ranch grounds.

The Council of American Ambassadors would like to thank everyone who participated in the events. In particular, the Council would like to recognize Ambassadors Keith L. Brown, Lloyd N. Hand, James R. Jones, Charles T. Manatt, Lyndon L. Olson, Jr., Mary M. Ourisman, Penne Korth Peacock and Arthur L. Schechter, for their outstanding efforts in assisting with the arrangements for the Council's fall conference in Austin, Texas. 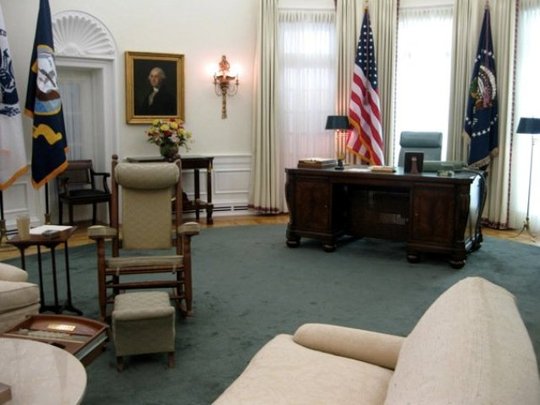 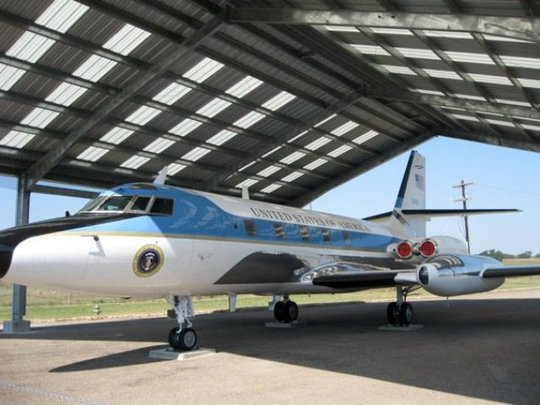