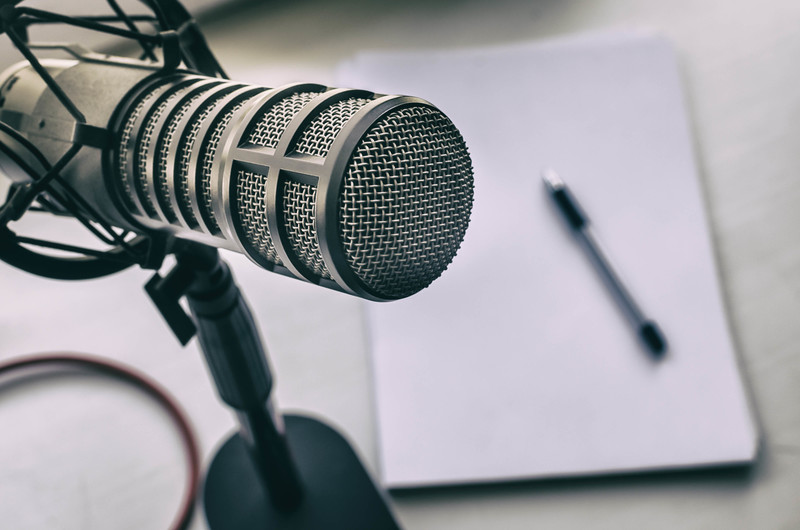 The Association for Diplomatic Studies and Training (ADST) captures, preserves and shares the experiences of America’s diplomats and, through them, the history of U.S. diplomacy. ADST’s Oral History program affords former Ambassadors a simple and conveniently arranged way to relive and record their years of public service for the benefit of future generations of American diplomats. Ambassadorial appointees—particularly non-career appointees unfamiliar with ADST—should take advantage of—and not miss—this valuable opportunity.

But before he goes, President Trump and his team might want to check out what happened the last time a U.S. President contemplated such a meeting—since this idea has come up before. To do so, they could start at the oral history archive of the Association for Diplomatic Studies and Training, headquartered in a cottage on the campus of the State Department’s Foreign Service Institute (FSI) in Arlington, Virginia.

In his ADST oral history, Council of American Ambassadors (CAA) member (and my old boss), Donald P. Gregg, former National Security Advisor to Vice President George H.W. Bush and later Ambassador to South Korea, discussed how President Bill Clinton seriously contemplated such a visit in the waning months of his presidency. Clinton dispatched Secretary of State Madeleine Albright to Pyongyang in October 2000 for preliminary discussions with North Korean leader Kim Jong Il (Kim Jong Un’s father and predecessor). Ambassador Gregg shared this from a conversation he had with Secretary Albright about that visit:

She said, “I had eleven hours of discussion with him [Kim Jong Il], and we left a very good hand of cards on the table, which the Bush administration has failed to pick up.” [Secretary Albright remains the most senior U.S. official to have visited North Korea.]

When [South Korean President] Kim Dae-jung came to the United States pushing for an early meeting with Bush, it didn’t go at all well, because Bush said, “I don’t trust Kim Jong Il.”

Ambassador Gregg’s oral history, covering his many years at the Central Intelligence Agency (CIA), on the National Security Council staff and his post-government work on North and South Korean issues, is but one of nearly 2,500 diplomatic oral history interviews compiled by ADST over the last three decades.

ADST’s mission is to capture, preserve and share the history of U.S. diplomacy. This is no small undertaking. Like the legendary iceberg, only a small percentage of diplomatic efforts are visible to the public—understandably, since diplomacy cannot succeed without the discretion and privacy necessary to sustain an atmosphere of trust and openness between nations and their representatives. What’s more, modern communications technology—from the telephone and travel to the Internet and teleconferencing—has gradually eroded the volume of written archives on which scholars traditionally relied to recon­struct and analyze the conduct of diplomacy. While the personal experiences of diplo­mats themselves have always been necessary to fully appreciate “what really happened—and why,” increasingly they’re essential to reconstructing a record of what happened at all. Consequently, if we fail to capture our diplomats’ personal experiences and memories, they will be lost—and, with them, much of the fullness of our diplomatic knowledge.

Allan Nevins, the founder of the contemporary oral history movement, saw preserv­ing individual experiences as crucial to establishing a more accurate and detailed historical record, particularly when it comes to public affairs and government, where a single policy paper or directive rarely captures the extended policy discussions and internal debate that produced it. Nevins wrote, “History is the sextant and compass of states, which, tossed by wind and current, would be lost in confusion if they could not fix their position.”

ADST oral history transcripts are available on the organization’s website and on the Library of Congress’ website.[1] These remarkable documents include firsthand accounts of diplomacy from before World War II to the present, covering over 80 years of U.S. foreign policy. That is an extraordinary legacy.

ADST staff draw on these lengthy histories to create short articles, most of which are designated “Moments in Diplomatic History,” that present first-person accounts of historic events or compelling anecdotes about the lives of diplomats. The ADST web page and newsletter constantly showcase new “Moments.” ADST has posted more than 700 “Moments” on subjects ranging from the Suez Crisis to the collapse of Zaire to the postwar evolution of the European Union. Alongside the “Moments,” ADST profiles “Fascinating Figures,” detailing the lives and careers of remarkable individuals, including such diplomatic notables as John Foster Dulles, Selwa “Lucky” Roosevelt and Johnny Young, among many others. These stories often show the human side of working within bureaucracy. For example, former Chief of Protocol (and long-time CAA member) Lucky Roosevelt related in her oral history how she sought to secure funding for security improvements to Blair House:

There was a senator from South Dakota, a Lebanese-American who was a curmudgeonly old fellow. He summoned me and said, “I don’t understand why we have to spend so much money on this house. Why don’t we just tear it down and build a new one? It would be cheaper.” And I said, “Over my dead body.” We laughed a bit about that. Then he said, “I’m not going to approve anything like this.” He was chairman of the committee. I said, “Well, if you don’t approve it, you know, this is a disgrace to the country.” Finally, after arguing with him a little while, I looked at him and said, “Senator, I don’t understand why you want to give a nice Lebanese girl like me such grief.” He looked at me. He didn’t know my background. He said, “Oh, really? Your family is Lebanese?” I said, “Yes. Why are you being so hostile?” He laughed and said, “Let me think about this. I have to talk to my staff.” I knew what that meant. He was going to change his mind, but he was pretending he would talk to his staff. As I left, I said, “If you’re very nice to me, my mother will fix some hummus and tabouli and all those wonderful foods that you must like.” He laughed and said, “I’ll take you up on that.” We parted on very good terms, and I got my money.

Through its archives, articles and books, ADST serves a growing audience: diplomats and other foreign policy professionals, academics and university students, teachers developing learning materials on global issues and private citizens interested in history and foreign affairs. One of ADST’s primary goals is to strengthen public understand­ing of the critical role diplomacy has played and continues to play in securing and advancing U.S. national interests. The stories of generations of diplomats illustrate the complexities and challenges, even dangers, of serving overseas. They also give people an opportunity to experience dramatic events or get a glimpse behind the scenes. For example, Ambassador John Negroponte, then Deputy National Security Advisor to President Reagan, recalled a 1988 exchange in which he expressed concern to his boss, National Security Advisor Colin Powell, about the sincerity of the Soviet Union’s promised withdrawal from Afghanistan.

We were most certainly asking ourselves will they get out? I was the skeptic. I was the Cold War-trained diplomat. I said, “Colin, do you really want to do this? To go through with this agreement? Do you really trust the Soviets to get out?” His answer to me was, “If you have had as many beers as I have had with top-ranking Soviet admirals and generals, you would know they are dying to get out of Afghanistan. They can’t wait to get out of Afghanistan.” [As future Secretary of State Powell predicted, the Russians did indeed follow through on their agreement to withdraw.]

In my current role as Chairman of ADST’s Board of Directors—only the second time in ADST’s history that its Board has been led by a member of the Council of American Ambassadors—I work closely with ADST’s President, retired career Foreign Service Officer Susan R. Johnson, to strengthen ADST and update its technology and infrastructure. Our goal is to increase the accessibility of its existing oral histories and expand ADST’s capacity to interview a larger number and greater range of diplomats, especially those who served in senior positions and as ambassadors. This will heighten the focus on leadership, decision making and policy development and implementation.

Which brings us to my appeal to all U.S. Ambassadors, particularly to the members of the Council of American Ambassadors. Wouldn’t you like to see future generations of America’s Ambassadors and diplomats profit from your experience and learn of your achievements? Shouldn’t future Ambassadors be able to benefit from your in­sights and experiences, as they prepare for the often torturous road to Senate confirma­tion and as they adapt to leading an American embassy abroad? Those U.S. Ambassadors who have not yet volunteered to have ADST record their oral histories have a story to tell—and ADST is eager to capture it. You have only to contact ADST to schedule the interview(s)—which can be done by telephone or Skype if it’s not convenient for you to visit ADST’s cottage on the FSI campus or have an ADST interviewer visit you when you swing through Washington.[2]

Almost everyone enjoys talking about themselves. Sharing your diplomatic oral history with ADST is a simple and conven­iently arranged way to relive your years of public service, and the professional life that led up to your appointment, for the benefit of future generations of American diplomats and Ambassadorial appointees. And your children and grandchildren will be able to access your memoirs at the Library of Congress website. Besides your Wikipedia page, what could impress them more?!

I hope that, soon, all U.S. Ambassadors, including the 80 percent of the CAA’s current membership who have not yet recorded their diplomatic oral histories with ADST, will have availed themselves of this unique opportunity—as I did way back in 1996!

[2] To make arrangements to record the story of your diplomatic service, contact ADST President Susan Johnson at johnsonsr@adst.org.

Chairman, Association for Diplomatic Studies and Training
Senior Vice President and Board Secretary, Council of American Ambassadors
United States Ambassador to Barbados and the Eastern Caribbean, 1990-1993